Jun 22, 2017 - Connecticut's DMV will now mail ID cards and driver's licenses for security. With upgraded security features, according to the CT DMV.

Earlier this month the Connecticut Department of Motor Vehicles (DMV) began exclusively mailing driver’s licenses and identification cards to customers in an effort to combat identity fraud. Those obtaining or renewing a license will still have to drop by a DMV office to get their picture taken; however, no licenses or IDs will be handed out on location. Instead, customers will receive a temporary paper copy of their ID while the legitimate card is mailed within 20 days of application. The 2- to 3-week waiting period allows the DMV time to In addition to the by-mail delivery, new IDs will also be redesigned with upgraded security features,. The change—labeled Central Issuance—began at the Willimantic office and should spread statewide within the month.

This program is a result of the federal REAL ID Act. Since 2005, REAL ID has required states to comply with federal minimum-security standards. “It’s all coming from a central secure facility,” explained.

“Another method of making sure all the materials are in a secure location to prevent fraud and identity theft.” 'The chief security benefits include reducing the risk of counterfeit licenses and ID cards by having tight controls over materials in a central facility that meets high-quality federal and state standards. Central Issuance enhances the security of customer identities and reduces opportunity for identity theft,” the. In conjunction with ensuring the security of customers’ identities, officials with both the DMV and the State of Connecticut hope the program will also cut down waiting time at the DMV office—and in the future, the DMV hopes to permit customer access to. Drivers would be able to skip a trip altogether by reviewing application credentials on the DMV website and printing their temporary license at home.

A phase-in of the new credentials will start May 20 with the Wethersfield DMV office followed by other DMV offices offering them by June 30. Drivers’ licenses and identification cards with the previous design will remain valid until their expiration date.

“This is truly a 21st century identification document,” Rell said. “The enhanced design assures greater security and gives Connecticut citizens another layer of protection against fraud and identity theft.”

The new license features a salmon-colored banner across the top and the non-driver identification cards have a green banner. Those changes are among several modifications DMV is making as part of its routine upgrade of the credentials and to keep in step with new technologies. 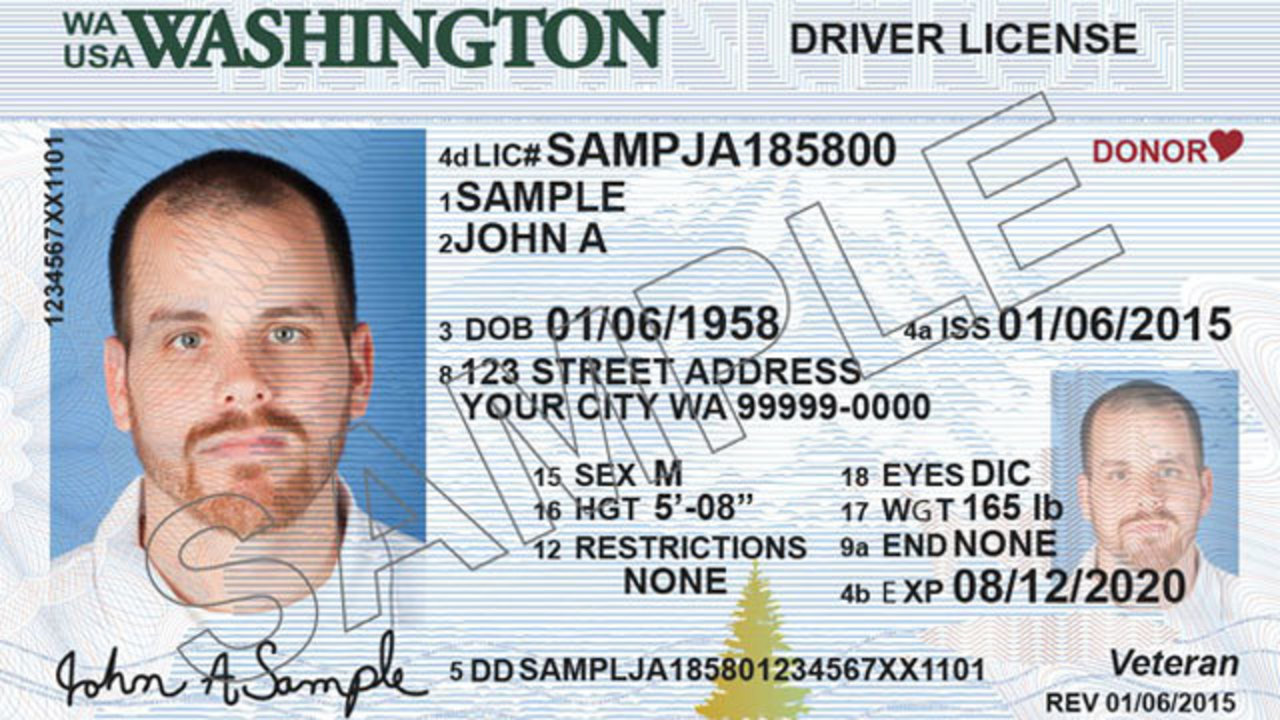 “We are always trying to improve our licensing process,” DMV Commissioner Robert Ward said. “This takes us several more steps in that direction. By issuing this new credential, Connecticut continues to meet high standards in driver’s license security in America.”

The enhanced security features include:

* An embedded graphic of the Charter Oak tree within the center of the card that is only visible when held up to a bright light.

* An image of a lighthouse that will appear as a hologram when the credential is held under ultra-violet light.

* A special laminate with security features that will cover both sides of the card.

* A second bar code and unique serial number located on the back of each card. The serial number, which is also contained within the bar code, will be connected to the customer’s identity record.

The new card will also feature more prominently the license or identification number, date of birth, and expiration date in bold letters. The date when 16 and 17-year-old card holders will turn 18 will appear in a yellow box adjacent to the person’s photo so that young drivers transitioning from teen driving laws can be spotted more easily.

The current fee for a driver’s license is $66 and is valid for six years.