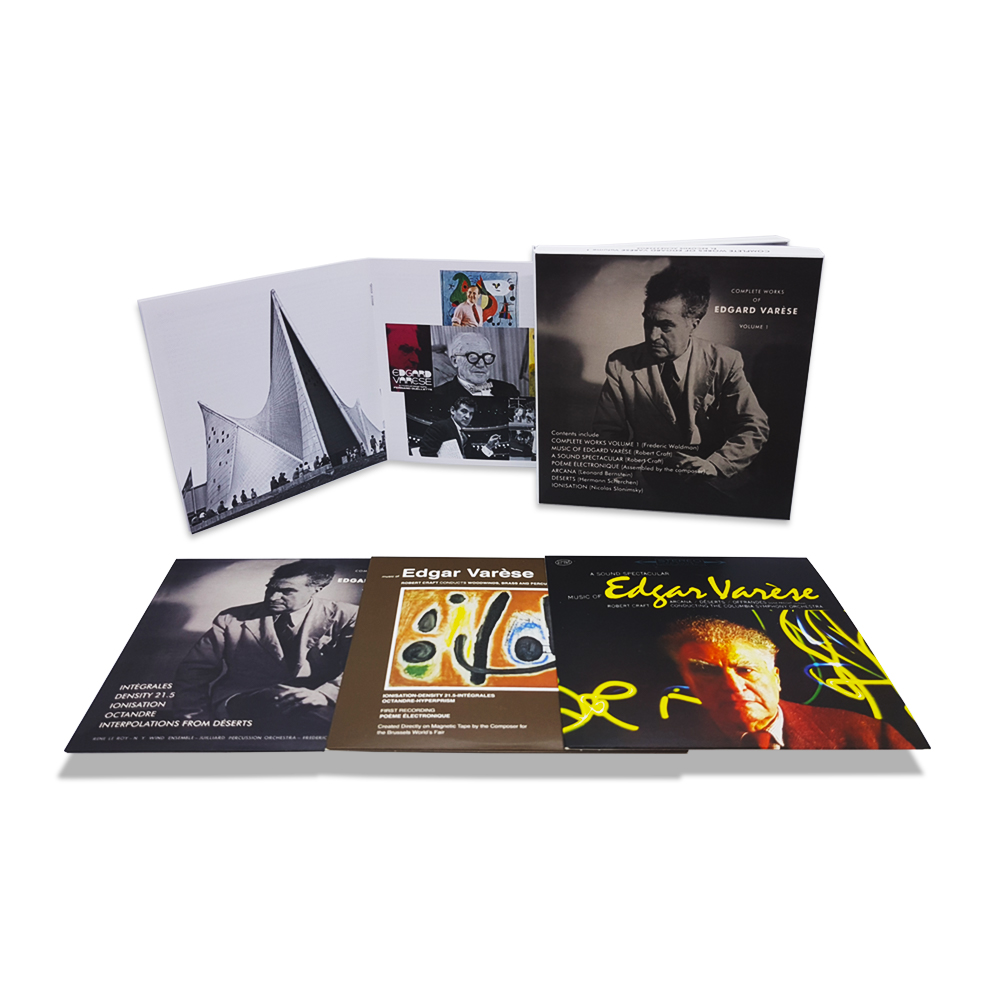 Fanuc ot maintenance manual pdf. The Complete works by Varese with the New York Wind Ensemble is a legendary recording, which has hugely influenced many muscians from Zappa to Pere Ubu. If not familiar with the works of Edgar Varese this is definitely the album to start with. Buy Complete Works by Edgar Varese on Bleep. Available on Vinyl LP.

Yet the piece — to be performed by members of the at Avery Fisher Hall on Tuesday evening as part of a two-day Lincoln Center Festival series devoted to Varèse’s complete surviving output — is genuinely groundbreaking. Varèse (1883-1965) fashioned a rigorously organized discourse for 13 percussionists playing on 40 instruments, and nothing else. Other composers wrote solely for percussion before Varèse composed “Ionisation” from 1929 to ’31, but none with his sophistication and subtlety.

Nicolas Slonimsky, the historian and composer to whom Varèse dedicated “Ionisation,” showed that the piece adhered to conventional sonata form, with two principal themes, contrasting subjects and sections of development and recapitulation. But Varèse’s use of timbre, texture and density, rather than melody and harmony, as organizational tools pointed the way toward more radical future propositions like musique concrète and electronic music.

If you’ve never heard of “Ionisation,” let alone heard it, you’re hardly alone. Even among new-music aficionados the piece can be an obscure footnote. Devotees come in two main species: percussionists, for whom “Ionisation” is a sacrament; and fans of the iconoclastic rock guitarist and composer Frank Zappa, who was transformed by a youthful encounter with a Varèse LP (which included “Ionisation”) into a zealous torchbearer for his maverick predecessor.

On first brush with the piece, you might still wonder what all the fuss is about. Opening with a hushed murmur of bass drums, gongs and hand-cranked sirens, the music picks up momentum in its ninth measure when a military snare drum raps a jagged tattoo, bongos burbling alongside. A smaller snare drum chatters in contrast; maracas, claves, tambourine and guiro (a scraped gourd) form an insect chorus in the background.

The cuíca, a Brazilian friction drum with a rosined stick fastened to its head, repeatedly yawns like a distant lion, while sirens and clanking anvils evoke an urban jungle. Rude eruptions repeatedly jut through simmering surfaces. In the last 17 bars a celesta and tubular bells produce the work’s only definite pitches; also added is a piano, its keys mashed in clusters with a forearm. The piece ends as mysteriously as it began, with a sonorous pianissimo fermata.

Strange as the piece may be, it did not constitute a major stylistic departure for Varèse. The sound world of “Ionisation” was explicitly foreshadowed in orchestral works like “Amériques” (1918-21) and “Arcana” (1925-27), which mixed strong influences from Debussy and early Stravinsky with the unmistakable shake, rattle and roil of Varèse’s adopted home, New York. (Both works will be included in the Philharmonic concert on Tuesday.)

Accounts vary as to precisely what prompted “Ionisation,” produced during a brief Paris sojourn in which Varèse abandoned several other key works. Befitting his early studies in engineering as well as his piercing mad-genius gaze and unruly nimbus of hair, Varèse cited a scientific phenomenon in a 1931 letter to the harpist and composer Carlos Salzedo.

“At the high temperature inside a star the battering of the particles by one another, and more especially the collision of the ether waves (X-rays) with atoms, cause electrons to be broken off and set free,” Varèse wrote, quoting from of “Stars and Atoms” (1927) by the English astrophysicist Arthur Stanley Eddington. “This breaking-away of electrons from atoms is called ionization.”

Varèse’s letter revealed that he had conceived “Ionisation” as a dance piece for the famous flamenco dancer Vicente Escudero, a notion Varèse eventually abandoned. “He can’t grasp my idea — too Spanish,” he lamented to Salzedo. A collaboration with the choreographer Martha Graham, also mentioned in the letter, was similarly dismissed. 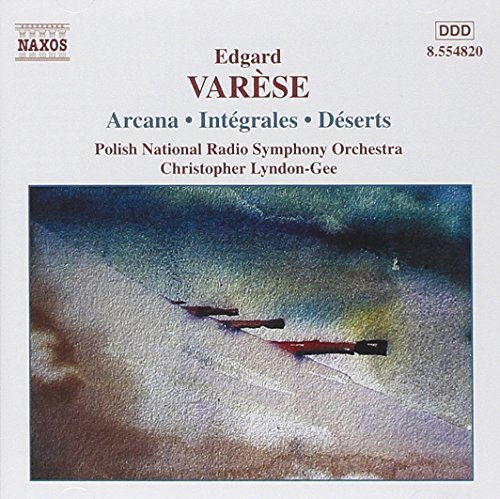 Instead, Slonimsky conducted the premiere in a concert at on March 6, 1933, while Varèse was still in Paris. In May 1934 Slonimsky also conducted the piece for a disc issued by Columbia Records, the first recording of a Varèse work. (Slonimsky’s recording can be streamed or downloaded from Ubuweb, at www.ubu.com/sound/varese.html, an invaluable archive of avant-garde art.)

“We engaged the percussion players from the New York Philharmonic, but it soon became clear that they could never master the rhythms,” Slonimsky wrote of the recording session in his memoir, “Perfect Pitch.” “In desperation, we appealed to fellow composers to take over the task; to them the Varèsian asymmetry was child’s play.”

“Varèse himself was in charge of the sirens for the recording,” Slonimsky wrote. Louise Varèse, the composer’s wife, recalled the scene differently in her “Looking-Glass Diary,” reassigning the sirens to Salzedo.

To call the session scrappy is charitable, though essential landmarks turn up in the right places. Still, the record has an unmistakable sense of occasion, not least because of its starry cast. Above all, it introduced Varèse’s music to a new generation of listeners and composers.

“My first experience with Varèse was an old recording of ‘Ionisation,’ ” Pierre Boulez says in “The One All Alone,” a 2009 Varèse documentary by the director Frank Scheffer, which had its American premiere at the Other Minds Festival in San Francisco in April. “And of course, I mean, it was like an object coming from Mars.”

Mr. Boulez’s recollection — and those of others in Mr. Scheffer’s film, including Chou Wen-Chung, a student and protégé of Varèse, as well as Elliott Carter and, heard in an old radio recording, Morton Feldman and John Cage — indicates how “Ionisation” startled even the most sophisticated musical thinkers.

The demands made by Varèse’s music, meanwhile, dramatically raised the bar for virtuosity among percussionists, as evidenced by outstanding modern recordings of the piece by the New York Philharmonic with Mr. Boulez (Sony Classical SMK 45844; CD) and the Asko Ensemble (Decca 289 460 208-2; two CDs). And the explosive proliferation of percussion music that came after “Ionisation” owes nearly everything to Varèse’s mysterious masterpiece.

“It has an extraordinary sense of continuous change and variety, and a very original point of view about using the instruments,” Mr. Carter says in the film. “All this was something that was really very exciting then. And it is still, to me.”