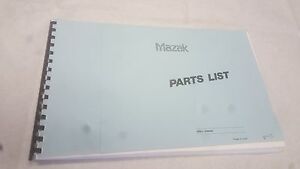 The M1 Garand became the standard U.S. Service rifle in 1936, but the former standard continued in use. The was a bolt action sniper rifle that remained in use for years due to its superior performance.

Rifle M1C or M1D (Sniper's) is the standard U.S. Rifle M1 with telescope M81, M82, or M84 mounted on the receiver and a cheek pad laced to the stock. The cone shaped flash hider M2 or prong flash hider T37 is furnished as an accessory with the M1C and M1D models. The 1952 Marine version of the M1C had a different scope and flash hider. The M1C and M1D sniper versions of the M1 Garand were standardized in 1944.

The M1C was used late in World War II and was the main sniper weapon for the U.S. Army in Korea. Few M1D models were produced before the end of World War II. Many standard M1s were converted to M1D during the Korean War, but few made it to that war. During the early years of the Vietnam War, the M1D was the official U.S. Army sniper rifle until it was replaced in the mid-1960s by the. M1C and M1D Sniper Rifles Development History The demand for sniper rifles for Army infantry units led to tests of versions of the M1 equipped for the job.

In June 1944, the test version M1E7, equipped with the M81 telescope, was standardized as U.S. Rifle, Caliber.30, M1C (Sniper's). A second version, using the M82 scope and designated M1E8 in testing, was adopted a few months later in September 1944, standardized as U.S. Rifle, Caliber.30, M1D (Sniper's). The M1C and M1D were different only in the telescope mounting system, as can be seen in the images above.

The M1C scope mount required drilling and tapping of the reciever for the mounting screws, a process that had to be done in a shop. The last design, the M1D with M84 scope, could be assembled without machine tools, a job that could be done in the field by a division armorer. The M1D barrel is fitted with a mounting block at the factory which serves as the base for the scope mount which is attached by a large knurled knob. This improved design was the main reason why the M1D eventually predominated, remaining in service through the 1970s. The cheek pad is a leather cover with a pocket containing three felt inserts.

It is laced together and attached to the stock with two screws, forming a cheek rest. It can be adjusted to the individual comfort of the sniper. The technical manual is TM9-1275, 'U.S.

Rifles, Cal.30 - M1, M1C (Sniper's) and M1D (Sniper's)' widely available on the Internet. M1C Sniper Rifle 1952 USMC Version Early in World War II, the Marine Corps adopted the based on the M1903A1 with Unertl scope. The performance of the Model 1941 was excellent except for problems with the Unertl in humid climates such as the.

Basic satisfaction with the performance of that rifle and a shortage of the M1C, kept the Model 1941 in use during World War II and the early days of the Korean War. Initially the USMC used M1C rifles transferred from the Army in Korea. In 1952, the Marines replaced the Model 1941 with modified M1C rifles mounting a Stith-Kollmorgen telescopic sight. That rifle was called the 'USMC 1952' or 'MC-52', although collectors sometimes incorrectly call it MC-1, a designation which properly refers only to the scope and mount. The USMC 1952 sniper rifle was produced by Springfield Armory. Standard M1C rifles were each given a barrel, a Griffin & Howe mount, and the Kollmorgen scope. A bell shaped flash hider, different from the Army M2 flash hider, was produced to the USMC design for these rifles.

Few if any of the USMC 1952 rifles made it to Korea before the armistice ending the conflict on 27 July 1953. In 1966, during the Vietnam War, the USMC 1952 sniper rifle was replaced by the, based on the Remington Model 700 bolt action rifle. Characteristics of the M1C and M1D Sniper Rifles Length of rifle without flash hider 43.60 in. Length of rifle with flash hider mounted 46.13 in.

Focus Universal Maximum useful range 800 to 1,000 yards Zero setting range 300 yards Field of vision at 100 yards 35 feet Magnification 2.5X Eye relief Approx. 5 inches The M84 scope, produced by Libby-Owens-Ford, replaced the M81 and M82 on all Army rifles (M1C, M1D and Springfield M1903A4) as standard issue in April 1945 but was not available in quantity until the Korean War. The M84 is a 2.2x scope with 27 foot field of view at 100 yards. The sight is sealed and can be immersed in water without damage.

The Ordnance Maintenance Technical Manual for the 'Telescope M84' is TM 9-6131 (June 1954). The scope used with the USMC 1952 sniper rifle was the Stith-Kollmorgen Model 4XD-USMC. It was based on the Stith Bear Cub, produced by Kollmorgen Optical, a precision optics company best known for submarine periscopes. A modified Griffin & Howe mount was used with the M1C rifle and this scope, as explained in the section on the U.S. Marine Corps 1952 Version of the M1C Sniper Rifle. M1C and M1D Sniper Rifles Accessories M1C sniper rifle with M84 telescope, flash hider and cheek pad. Some of the accessories associated with the M1C and M1D Sniper Rifles were:.

Recommended Books about the M1C and M1D Sniper Rifles. Find More Information on the Internet There are many fine websites that have additional information on this topic, too many to list here and too many to keep up with as they come and go. Use this Google web search form to get an up to date report of what's out there.

For good results, try entering this: sniper m1c or m1d. Then click the Search button.

Compare Mode shows the difference between the current file and the
selected comparison file.

When Compare Mode is turned on, the selected compare file description is
shown on the status line at the bottom of the screen.

The comparison file may be selected by choosing Select Compare File from
the Tools menu.

When Compare Mode is turned on, an icon will appear at the left of the
Adjust Menu items that contain differences.

Recommendation: If you are inexperienced with updating Plantronics device drivers manually, we highly recommend downloading the.

Moves the Cursor block to the Site closest to the current engine operating
point.

Adjusts the fuel value to achieve the Lambda value in the Wideband Lambda
table.

The new fuel value is calculated by checking the difference between the
Lambda sensor reading and the value in the Wide Band Lambda Table.

The Lambda reading may be either Lambda 1, Lambda 2 or the Average of
both. This is configured in the Wideband Lambda setup.

The engine must be operating near the centre of the site for the calculation to
give correct results.

When used from the Fuel Main Table the cursor jumps to the closest site if the
cursor is not on site.

When used from the Ignition M ain Table or Fuel Injection Timing Table the
Fuel Main Table site closest to the current operating point is adjusted.

When used from the Fuel Second Load Table or the Fuel Individual Tables
the change is made to that table rather than the Fuel Main Table.